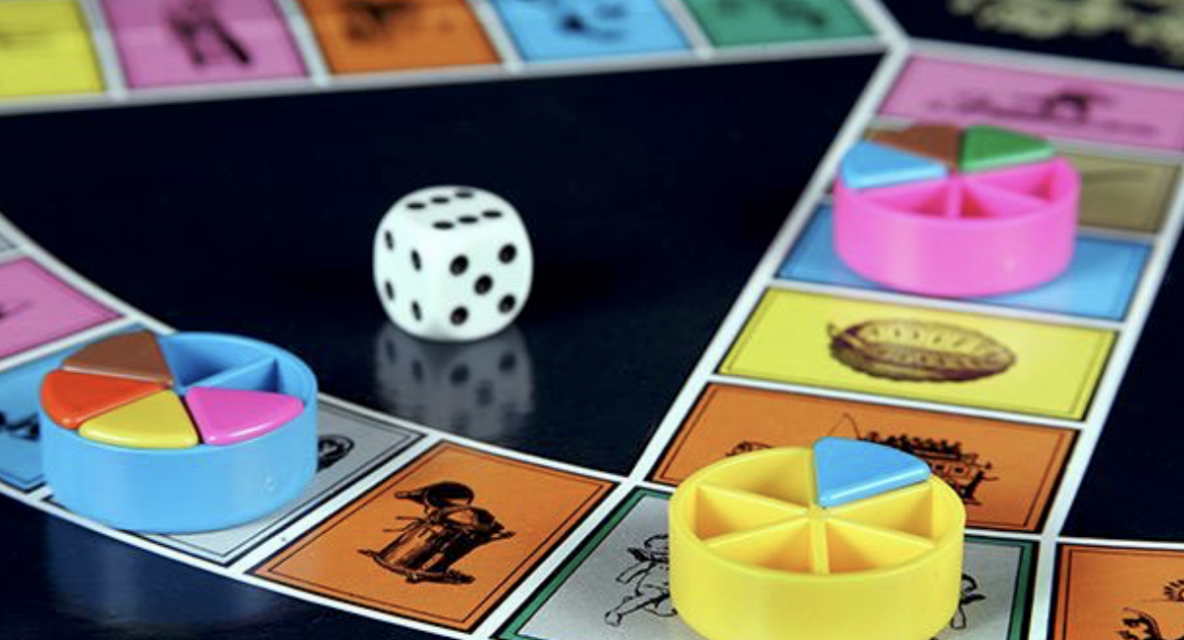 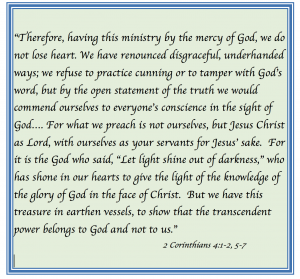 A number of years ago there was a popular game called Trivial Pursuits. We used to love to play it with our family at the beach. At one point they dubbed me “The Prince of Trivia”– not a very good title for a minister of the Gospel.

I’m not sure how many people still play the game, but trivial pursuits have certainly not gone away in our culture. Back in 1985, Neil Postman wrote a book entitled Amusing Ourselves to Death: Public Discourse in the Age of Show Business. Things have only gone downhill since then. In an age of Reality television, with a Reality show star playing the role of the President, public discourse has lost virtually all semblance of civility or depth. Everywhere you turn our discourse has been cheapened… including in the church. There, too, it seems that we are fast “amusing ourselves to death.”

Several years ago, when Wain Wesberry was associate pastor at Fourth Presbyterian, he attended the baptism of his nephew whose family attended a well-known mega-church here in town. The baptism was not held in the sanctuary. It was held at a neighborhood swimming pool. The minister said a few words about baptism in general and then threw the kid into the pool, saying, “You are baptized.” The folks around the pool applauded and laughed.

Now, I trust that would not happen in any of the congregations we are part of. But sometimes we Presbyterian are not much better. Michael Jinkins(1), the president of Louisville Presbyterian Seminary, tells of an ordination service that one of his students had attended. In the service, the moderator of the ordination commission told a series of jokes, some of which were in very poor taste, and then said to the one being ordained, “Now we have to get on to the boring stuff. I need to ask you these questions.”

“Boring stuff”! What he called “the boring stuff” were not just some questions out of the blue. The “boring stuff” was the vows by which the new minister was promising God and God’s people to trust in Jesus Christ as Lord of all and Head of the Church, to accept the Bible as God’s Word, to be instructed and led by the confessions as she leads the church, and to be a friend among her colleagues as she seeks “to serve the people with energy, intelligence, imagination, and love.”

There is nothing trivial or boring about that at all. When we make such vows in the presence of the living God, we almost literally “take our souls in our hands,” as we offer as much of ourselves as we can understand to as much of God as we can comprehend for as long as we are able. Serious stuff!

Several years ago, David Brooks, my favorite Jewish Calvinist, wrote a column in which he insisted that the time has come for us all to get “a little more serious.” Brooks says that over-against the rising tide of superficiality all around us, “there must be room,” for someone to offer “an aspirational ideal . . . that separates for busy people the things that are enduring from the things that aren’t.”

That, I would submit, is a prime task for the Church of Jesus Christ in a culture vainly amusing itself to death. We are called to proclaim and to embody enduring realities. That’s our distinctive calling. In an Age of Show Business, there are plenty of comedians who are a lot funnier than we’ll ever be. There are better story-tellers on any Podcast you can name. There are better political prognosticators on MSNBC or Fox. And you can hear better music, from Bach to rock, all over the place. But we in the church have the distinctive task of helping people separate the things that endure from the things that do not.

So, the question we must ask, and keep on asking, is the question Dr. John Leith put so insistently throughout his lifetime. “What does the church have to say that no one else can say?” (the subtitle to his book The Reformed Imperative)

So, what is it that we alone have? In the words of Paul, “we have the gospel” and we have it “in earthen vessels.” We have a word of Truth to speak openly. We have a deeply serious response, shaped by centuries of profound reflection, to the serious issues that we and all the world face. In a time like this, we do not need a church that tells us we’re OK. We need a God who redeems our sinfulness. We don’t need a liturgy that entertains us. We need worship that links us to best the church has “thought and believed and confessed” across the centuries. We don’t need moralistic advice urging us to try harder. We need a God who raises us from death to life.

In our quest to appear relevant to a generation nurtured on the Pablum of trivial pursuits, we are in serious danger of trivializing ourselves out of business, right at a time when people are increasingly beginning to wonder whether someone, somewhere, might just have something serious to say about the human predicament.

In his poem “Church Going,” the Anglican agnostic Phillip Larkin tells of visiting an empty church one day, more out of curiosity than anything else. Without sharing the faith of those who had worshipped there across the centuries, he was nevertheless struck by the fact that there was what he calls a “serious house on serious earth.” Such a place, he says, can never be obsolete, “since someone will forever be surprising a hunger in himself to be more serious,” and will, therefore, gravitate with that hunger “to this ground” in which it is “proper to grow wise in.”

I submit that that is our task and the task of the candidates we seek to nurture—to grow wise in the treasures of the Gospel, entrusted to “earthen vessels” like us, by a serious God on serious earth. That never has been and never will be a trivial pursuit.

_____________________
The Rev. Dr. Allen McSween is a PCUSA Pastor living in upstate SC. Allen most recently served Fourth Presbyterian in Greenville, SC before becoming honorably retired (Foothills Presbytery). He currently serves on the Committee on Preparation for Ordered Ministry and wrote this article for the April meeting.

1. Michael Jinkins, “Trivializing the Gospel” https://www.faithandleadership.com/michael-jinkins-trivializing-gospel.  This entire blog is based on Jinkins’ article, including the quotes from Brooks and Larkin. Jinkins is also the author of an excellent resource for pastors new and old, Letters to New Pastors (Grand Rapids: William B. Eerdmans, 2006).